“Without community there is no liberation, only the most vulnerable and temporary armistice between an individual and her oppression. But community must not mean a shedding of our differences, nor the pretense that these differences do not exist.” - Audre Lorde

Light and hope. Those are the predominant themes of the season of the Christian calendar that ends every year. As the leaves let go and surrender to the earth -- as the days grow shorter and darker -- Christians throughout the ages have huddled together around the imagery of light and hope to find warmth. There is extraordinary comfort in the reality and aspiration of each of these. Like so many, I need to believe that as the writer of John’s gospel says, “the light shines in the darkness, and the darkness did not overcome it.” I need to believe that as a black person, a queer person, a woman. I need to believe that as we yet again complete the count of new graves scratched into the earth, inhaling the reality that trans lives still do not matter in our society and exhaling our desperation into the work so that someday everyone recognizes that they do. And this is hope.

But light and hope are hard. For people of color, the imagery of light overcoming the darkness is too conveniently parallel to the reality of white folx seeking to subdue, settle, and “enlighten” the earth. Both the English language and much of our religious vocabulary seem to uphold the binary with imagery of darkness always on the underside. We ignore the multiplicity of images in the natural world and in the Bible which hint at the ways in which darkness is nourishing and necessary. We never actually learn to walk in the dark, to go to work in the dark, to let the darkness hold us and spiritually form us.

We engage a similar binary when we rely on individual hope as the only antidote to despair. Advent is the time of hope but to what extent does individual hope alone keep us from radical action? Instead of Christmastime being a season of sentimentality grounded in a vague hope that makes oppression more possible, can it become a time of radical reorientation when we reclaim the desperation that leads to action?

In this inaugural series of posts, I have said that I was going to speak of hope, to wrestle with it in a year that has been difficult for people the world over but especially for people of color. What I have found in wrestling is that it is impossible to talk about hope without talking about community. It is impossible to talk about resurrection and Pentecost without talking about the disciples who waited together. The brilliant activist Angela Davis explains this well: "What has kept me going has been the development of new modes of community. I don't know whether I would have survived had not movements survived, had not communities of resistance, communities of struggle [...] It is in collectivities that we find reservoirs of hope and optimism."

I have to echo Davis. What has kept me going -- what I believe can keep us going -- is the hope found in community. What has been nourishing to me are the images I see in my mind’s eye as I read about hush harbors -- the spiritual communities that enslaved people secretly formed away from the gaze of the plantation. In my imagination, I see dark people stealing themselves away into the darkness, being nurtured and covered by it, and creating hope as they gathered together. I see them bathed not simply in light that is without variation but in radiance which depends on shadow and angle to emanate beauty. They remind me that all our speaking of light in the midst of darkness must become more nuanced. So often Christ, the radiance of the glory of God, is discovered under the cover of night. The darkness makes the seeing possible. And it is under the cover of night in communities of resistance that optimism becomes more than one more shackle reinforcing our chains. Genuine hope that leads to action is birthed and sustained in community. Genuine hope that renews the truth of our God-given identity is discovered when we come together.

This Advent there will be more talk than ever about light and hope. This week the Dow Jones Industrial average hit a record high just as the numbers of people waiting at food banks produced photographs like none seen since the Great Depression. We cannot afford to pass another Thanksgiving and enter another season of Christmas with the master’s tools in our hands. We must embrace the hope that is only created in community -- the hope rooted in desperation. We must speak of hope in new ways and practice it with others for the liberation of all. And we must remember that the radiance of the glory of God somehow both pierces the darkness and partners with it. Light and hope. Radiance and desperation. The risk and reward of community. May these disturb us and warm us this Advent season. 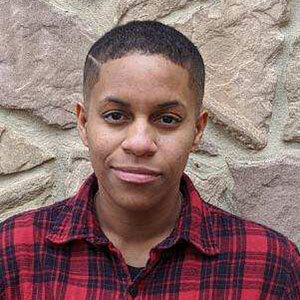